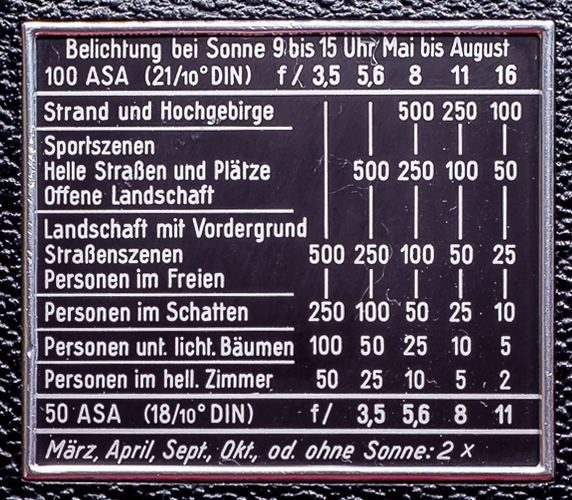 In old film cameras sometimes happens that the exposure meter batteries runs out, or that the selenium cells pass to a better life just at the wrong time or simply that the camera does not have a light meter!

How to solve this problem? With an old “rule” that our grandparents had discovered to “guess” the exposure. In reality behind it there are calculations, experiments and a fine knowledge of the medium 😉

The so-called Sunny 16 rule says that on a sunny cloudless day to achieve the perfect exposure you need to set the aperture to f/16 and the shutter as close as possible to the ISO of the film you are using.

This is fine for optimal lighting conditions, with a strong sun that casts sharp shadows, but the same rule can also be applied to other lighting circumstances and the only change will be in the aperture settings. Thus, in a not so sunny day, in which the sun creates soft shadows, we will use f/11 instead of f/16, while for a cloudy day with barely visible shadows we will use f / 8 and, for a cloudy weather without visible shadows (or for shooting in full shade), we will set the aperture to f/5.6.

In “special” conditions, for example shooting in highly reflective environments (snow or white sand), you can use f/22 while for a sunrise or sunset the aperture can be set to f/4 reaching up to f/2.8 for the minutes before of the sunrise.

In case of backlight as a general rule, whatever may be the “power” of the light source, to have the subject properly exposed is necessary to apply the rule and then increase the aperture by two stops.

The Sunny 16 does not stop there, but also helps us in more specific and extreme conditions: for example we go down to f/2 if we want to photograph neon signs or earliest sunrise and sunset glow, f1.4 to expose the fire, shop windows after sunset or night outdoor events and f/1 to shoot indoors (with bright light) or indoor events.

It should be remembered that then in the darkroom, when you go to print the image, or when we scan the negative, we have a margin of at least one recovery stop, so it’s pretty hard to fail completely the exposure

I would like to add that this rule is the basis of the construction and utilization of some old cameras, back in fashion a few years ago with the Lomographic wave, such as the Kodak Brownie.
The Brownie has no controls: fixed focus to infinity, fixed aperture (f/15) and fixed shutter speed (approx 1/30) that allow it, with a roll of 100 ISO film, to make well exposed photos.
Or the Ferrania Eura wich has a fixed shutter speed of about 1/50 and the possibility to choose only two aperture: f/12 for sunny days and f/8 for the cloudy ones!

These cameras should only be used under certain conditions, but mastering the Sunny 16 rule, we can calculate the correct film speed to take advantage of the native settings for our needs: for example, mounting a 400 ISO film on a Ferrania Eura, make it possible to use it in conditions of full shade so with 2 stops of difference.

“Color film pushing disaster” what a nice title for a punk song or for a B-movie, isn’t it?

I was at a squat to see Darko play, they kick ass live, between other support act there were also the SOCS, great Bluesy driven Punk Rock from italy! In my bag I had my Yashica FX-3 Super 2000 loaded with a roll of Agfa Vista 400.

I know that the “rule of thumb” of pushing film is to limit it to three stops and no more… But I was a drunk punk at a punk show so: who cares!

In addition to the many things that could go wrong (grain galore and reciprocity failure) the lighting was terrible: soft, diffuse and warm!

Even worse I was using color film so, the colors themselves, will probably go mad or went dull or be gorgeus: this is part of the unpredictability of pushing/pulling film!

Not happy with the possible defeat and having to finish the roll I’ve tried to take some pics at another live show with Red Car Burns (some post and some hardcore that You need to check out!!) and The Twerks (a bit of punk and some powerpop with a topping of 70s).

BTW the lights sucked even this time.

As you can see in the following gallery everything that could go wrong… it did! 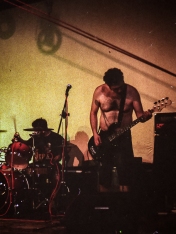 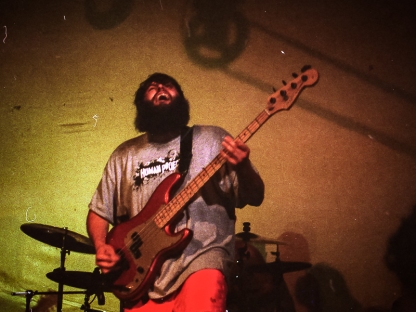 Well, thankfully we are in 2016 and we can use our computers to try to recover the images! Again (just like HERE) the B&W is the “great savior” of us poor film enthusiasts. You can see the black and white processed image at the end of this post.

Note: I think I’ll try this extreme pushing of my beloved Agfa 400 with better lighting conditions 😉 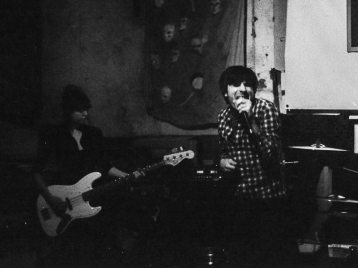 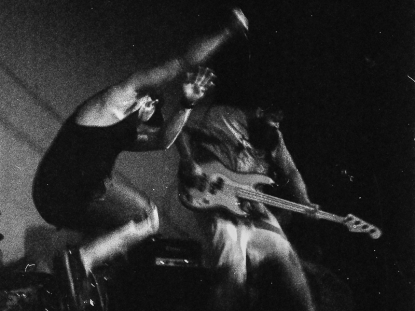 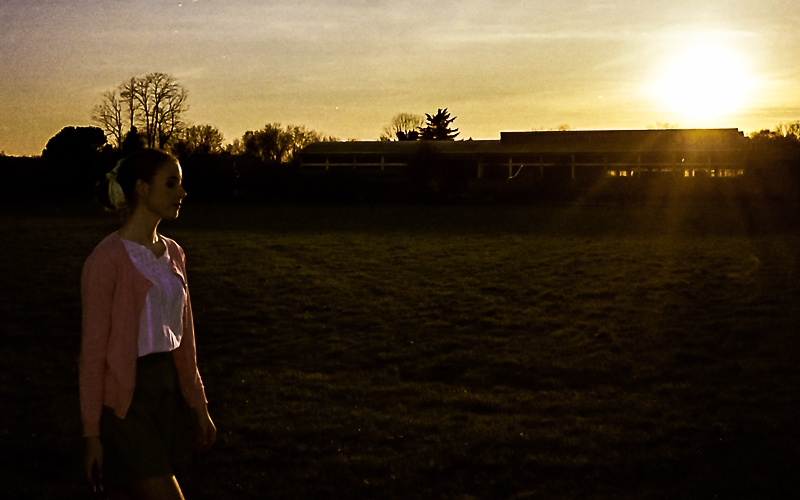 While I was working as a lighting technician for Pois Gras, for a shooting inspired by the film Brooklyn, I took the opportunity to make a quick test with my Fuji DL-200 II and an Agfa Vista 400 film.

I just wanted to evaluate how this film reacts to the warm light of sunset.

The photos become more vivid and saturated and the colors richer as the sun was declining and the warmth of the sunlight increase.

Thanks to Isabella Novati who posed, to Sara Pamio who took care of clothes and accessories and to Paola from Pois Gras who personally made makeup and wigs. 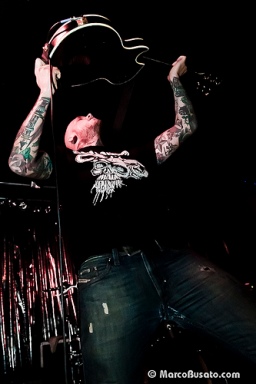 I was at a free live show in Piacenza and in my bag i was carrying one of my “Photo Shove” film cameras and my Yashica FX3 super 2000.

On stage, in the town square, the Bad Frog was entertaining the audience with their italo-punkrock but unfortunately, in a location like that, it was virtually impossible to hope that there was some pogo or crowd surfing.

Thanks to the headliners rigs, the light set was more “professional” so I decided to take some pics with my SLR: I was testing a roll of AGFA Vista 400 pushed to 1600 and a 50mm f1.9 ML Yashica lens!

We must consider that I was shooting at F1.9 and F2.8, so my DoF were approximately between 1 to 2 meters and that the manual focusing in this low light conditions is really hard to do.

However I’m surprised about the results! Both the lens and the film have returned god colors and sharpness!!

Next time I’ll have to take more shots and try to push the AGFA to 3200! (HERE you can read about the first failed attempt) 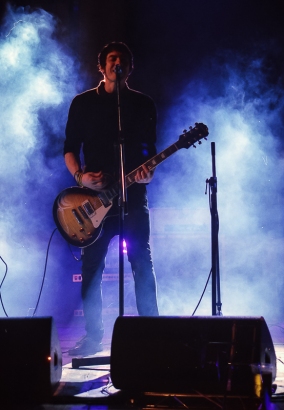 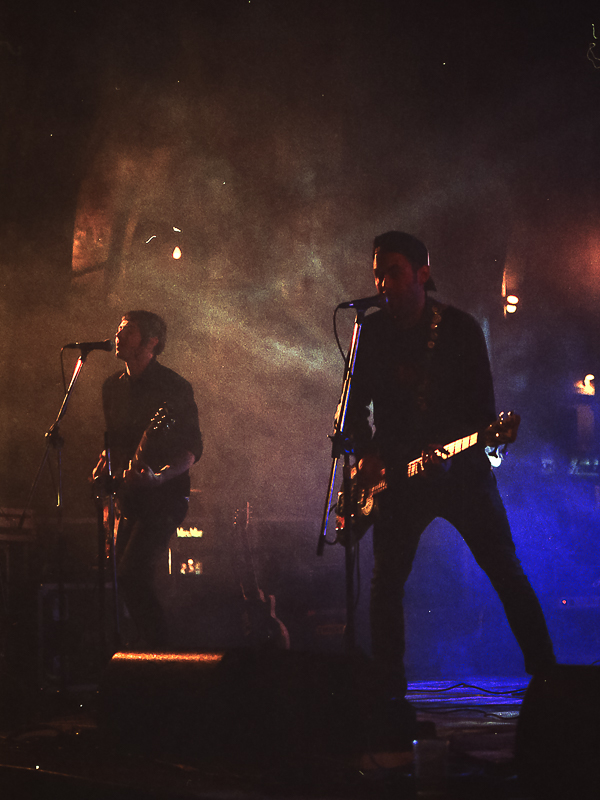 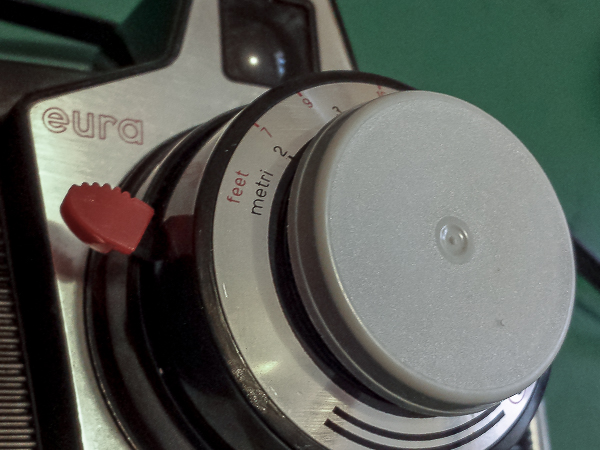 Unfortunately when you buy old photographic equipment in the store, flea markets or on the Internet, it’s hard to find the lens caps included.

But sometimes you just need a bit of DIY mentality to “solve” the problem. Here’s how I did it for my Ferrania Eura 😉